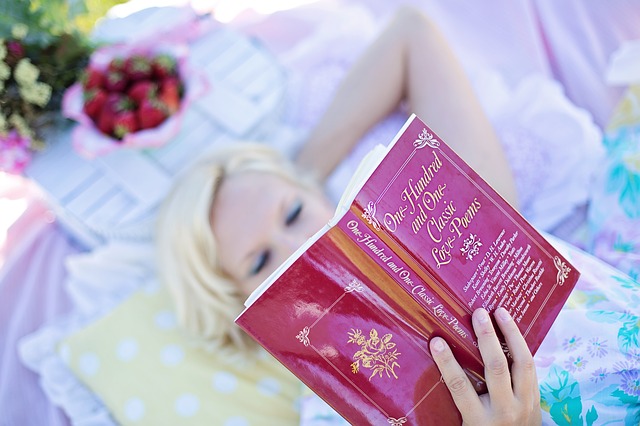 People are naturally attracted to things they find pretty – and no, you’re not that plain if you want to look nice on your Instagram story. *But don’t worry, even if you don’t, it’ll go away in a day anyway*

A great philosopher once said – “Beauty lies in the eyes of the beholder”.

And even though a little lipstick here and there never hurts anyone, you have to agree with Plato (smart guy) on that one. It’s with your heart that you see beauty.

Beauty has always been a never-ending source of inspiration. And yes, even in times when highlighter wasn’t on fleek, there were some pretty awesome poems written about it.

But no, we won’t give you a headache trying to show you the whole language side of them – actually, there’s a much bigger message conveyed!

They all saw with their eyes but spoke from their hearts and that’s often more than enough to warm up anyone’s heart as well.

Now, if you’re thinking about the right place to start talking beauty in poetry, let’s go back a few centuries. Common, can you really talk about poems, beauty, love and everything without talking Shakespeare?

Part of the ever-so-famous Shakespearian Sonnets, the Sonnet 18 (read it here) is actually written about a boy – but damn, that boy was pretty.

Written with simple and yet powerful words, it’s one of the dearest, most lovable English poems. Not to mention that the poem has more than a few memorable lines – though anything hardly beats this: “Shall I compare thee to a summer’s day?”

As you read through it, the words make you go awwww, feel nice and warm, as if Shakespeare is talking to you directly.

When the author finishes off with the “So long as men can breathe or eyes can see” part, you’ve already decided you’re including this poem in your wedding vows.

But if Shakespeare can’t make you cry about all things beautiful, then Edgar Allan Poe sure can – with his beloved and never-forgotten Annabel Lee (read it here).

Even though some people may think it’s mostly a love poem, we beg to differ. Poe was a lucky man, judging by the last verse and not only because he repeated the word beautiful at least four times.

And if your high school teacher never made you learn this one by heart, here’s your chance but you may want to be careful with the “chilling and killing” part if you’re going to say it out loud.

But if you’re still contemplating whether “beauty is truth”, then going over the Ode on a Grecian Urn (read the poem) by John Keats may help you solve that one.

Focused more on the timeless beauty of art, Keats managed to stir quite a few circles by publishing this poem at his time. And no one can still tell for sure whether those last couple of lines in the end make or break the poem.

But that’s exactly what makes the song worth your attention – isn’t beauty supposed to cause a reaction, no matter the shape and size it comes in? Aren’t poems supposed to make you feel something, anything, in the end?

However, in the end, no matter what your truth may be like, you’ll never fail to notice the things you find beautiful. As Lord Byron would say in She Walks in Beauty (read the poem).

In fact, he’s so enchanted by the “nameless grace” he’s telling us about, that he doesn’t even mention what she is to him. Though there’s hope that he managed to steal at least a smile from his charming lady friend.

Well, the most stunning part about it is the way Baron builds up an image in your head – there’s this woman with timeless beauty without even describing her appearance!

That shows you that when it comes to things beautiful, everyone may see things differently but they all make them feel the same.

And now, how about a leap to a time not so distant and reminding yourself of Phenomenal Woman (access the full poem) by Maya Angelou.

Modern poems like that made this list because they make you realize beauty isn’t about looking pretty, rather it’s about feeling pretty.

The poem teaches us that self-confidence and feeling good about yourself is where beauty is hidden. And that’s exactly what beauty may be all about.

Feeling good, no matter whether you look at something you find beautiful or you feel beautiful yourself.

Why Do We Love Beauty Poems?

Poems like this give you hope and inspire you to see the world with different eyes. They show you that it’s possible to feel the same things the authors did, even if you live a few centuries apart, give or take.

At the end of the day, getting a bit of reassurance that, hey, the world isn’t that bad of a place may just be the right thing you need!

We’re a Hair salon and spa in Kemptville. Come say hello at the address below: